Two days ago we lost one of the shows main members. I refer to of course, 'Pearl', Juliette Kaplan. I have been watching closely the BBC news to see what tribute they gave to her. As yet I have seen nothing. BBC's longest-running sitcom of 37 years with Juliette Kaplan being a member of that fantastic team for 25 years. Have I missed something or are BBC just downright shameful. I have emailed them but, as yet had no reply.

Their News website did report it but because the series finished 9 years ago sadly , despite it being one of their longest running shows , it simply gets overlooked but for ourselves the die-hard fans . Sad to say but if someone starring in one of their current shows passed away I suspect it would get greater coverage . I did not see BBC Breakfast or any of their News Bulletins on the day that Juliette's death was announced so I am unsure if any of them featured the announcement. 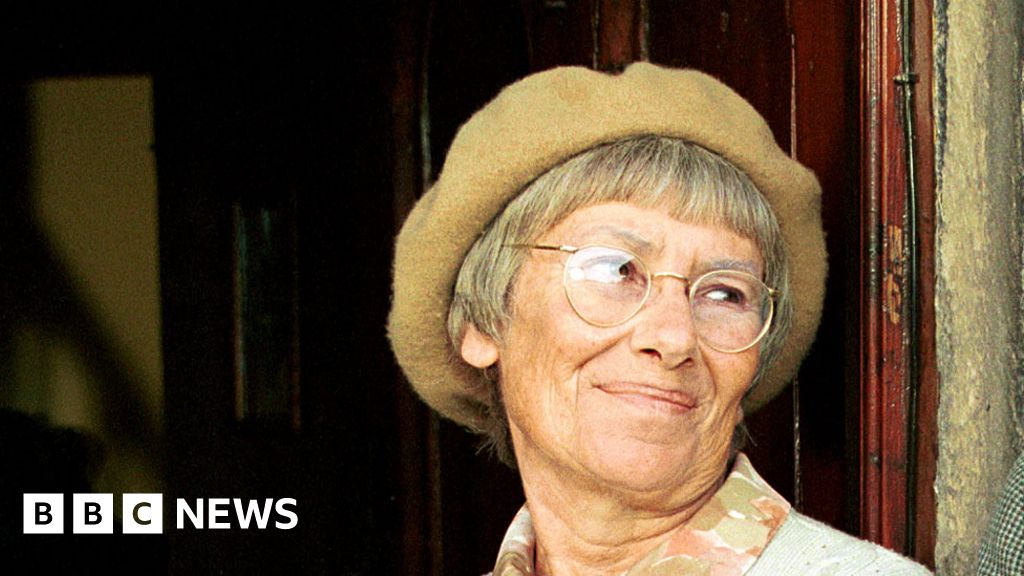 In fairness to the BBC, they were very busy reporting the vitally important news like the acute shortage of gender neutral toilets in the UK workplace the other week.
J

Got to agree with you Peri, shameful is exactly the right word.

It was reported on the bbc... 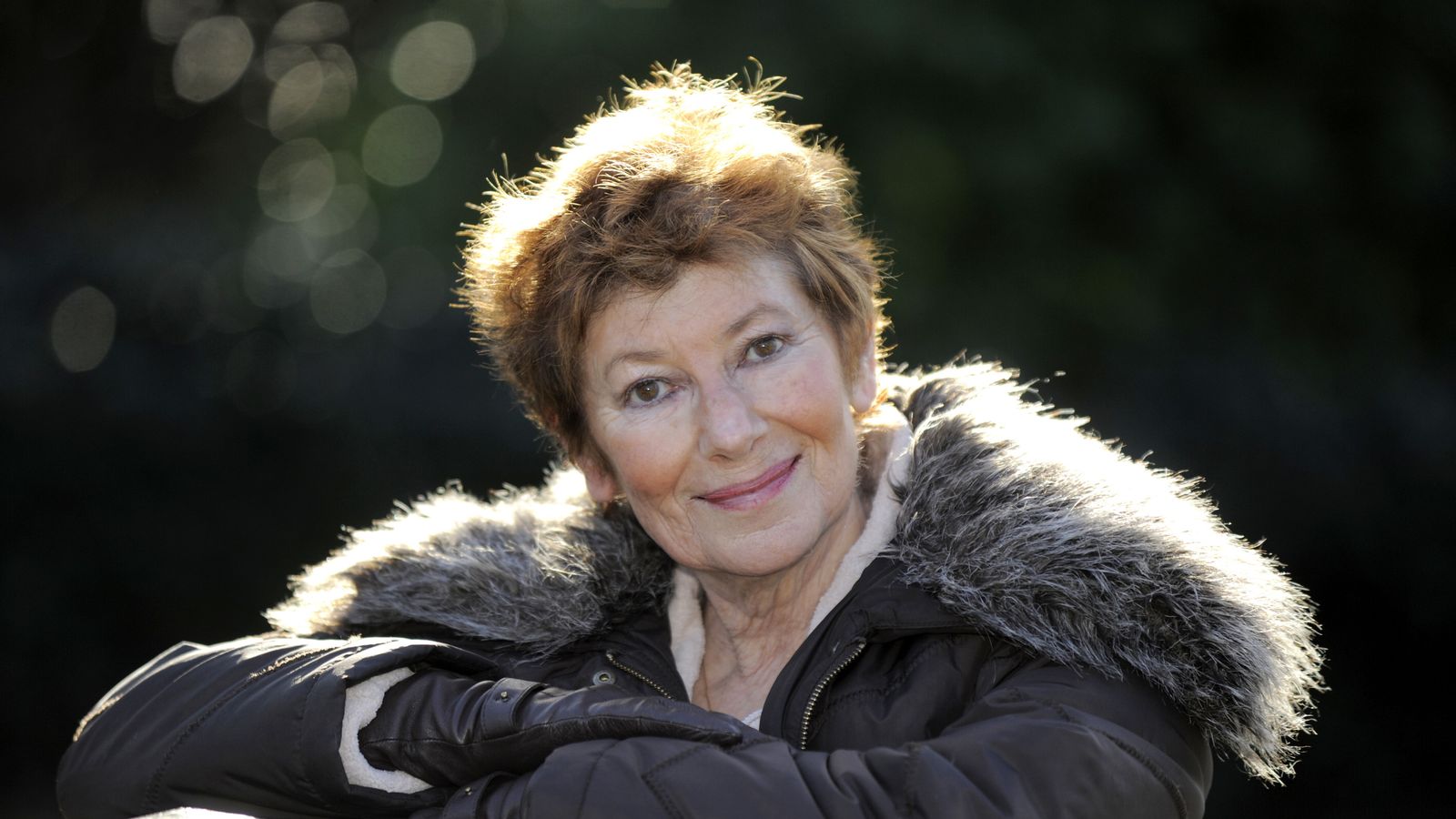 Kaplan starred in the popular BBC sitcom for 25 years between 1985 and 2010, playing the role of Pearl Sibshaw.

Roger said:
It was reported on the bbc...

Kaplan starred in the popular BBC sitcom for 25 years between 1985 and 2010, playing the role of Pearl Sibshaw.

Roger, that was a good report on the net but people who are not 'computerised' would not know that Juliette Kaplan had died. The other day some pop musician, who neither my wife nor myself had ever heard of, died and that was reported on the news. I do think that the passing of Juliette was most definitely worthy of some report. I still think, 'shameful'. She did entertain many people for a quarter of a century in a sitcom that I think, as will many others, will always be at the top of the list.

Peri, I'm completely with you one that ! The generation that loved LOTSW probably turns to the TV for the news not the BBC App.

Peripheral said:
Two days ago we lost one of the shows main members. I refer to of course, 'Pearl', Juliette Kaplan. I have been watching closely the BBC news to see what tribute they gave to her. As yet I have seen nothing. BBC's longest-running sitcom of 37 years with Juliette Kaplan being a member of that fantastic team for 25 years. Have I missed something or are BBC just downright shameful. I have emailed them but, as yet had no reply.
Click to expand...

I agree it is disgusting that an actress from a still well loved show gets very little mention from the BBC, yet they have been very happy with the income it has brought into the coffers over many years, selling it to many countries, the DVD sales, the endless repeats and soon one of the top shows they will be plugging to get folk to subscribe to Britbox soon, all Britbox will offer is the same stuff that has been shown on the UK brand channels and ITV 3.

I have tried so many times to put into words the magnetism the show has on me. The loss of OUR dear Juliette has once more inspired me to try and put down that special attraction that draws me to Last Of The Summer Wine. When I watch the programme I do not see, actors. It is as if I am stood close by a group of locals who grant me the privilege of eavesdropping on their conversations. They do not come across as actors. They are a group of people living their lives in such a natural manner. What we do see is a group of actors that are so especially talented to portray their roles in such a way that it is absolutely unbelievable that they can give the impression of such reality. The show is so humorous and relaxing. I am not giving you the thoughts that go through my mind as I would like too. I cannot seem to put down on paper my thoughts for such originality. Someone did a fantastic job of producing a show that was so natural and lifelike. The guidance of the actors reflects on the actors themselves in having the talent to give such us such a marvellous set of people to virtually share our lives with. I have tried several times to set down my appreciation for such a wonderful show and once again I feel that I have failed miserably in expressing myself and thank you's for the way in which the cast did such an awesome job in adapting themselves to the characters they portrayed. Juliette, you were superb in giving us Pearl. I will still be seeing you every day by virtue of modern technology. We only met once but we had a streetful of people laughing outside the White Horse. All the cast are top of my list for Oscars. Thanks Juliette for the many happy hours you have let us share with you and your colleagues. Goodbye sweetheart. X

I agree with Peri, the BBC younger execs are mainly only interested in PC issues and Brexit,
what passes as so called 'comedy' today, cannot light a candle compared to LOTSW.

So how do you kill a frog? You don't throw him in boiling water -- you put him in cold water and very gradually increase the temperature, degree by degree. So how do you shape and move people from how they are to how you want them to be? Degree by degree. First you start with shows that are really good like LOTSW. Then it was cancelled and something else replaced it -- WITH A SLIGHT CHANGE. A case in point. Midsomer Murders with TOM BARNABY featured care and respect among Tom, Ben and George. And then Tom retires and John comes on board. Suddenly, the respect is gone, replaced by snide remarks, tension, and suspicion. So look carefully at the new shows. Is the pace amped up? More blood, guts, and gore? What about the sex? More in your face? Are more controversial character playing major roles? What about these reality shows? Nobody's happy and there are heavy negative emotions. In short, they are pushing the envelope bit by bit and to do what? THEY WANT TO INFLUENCE YOU. THEY WANT TO SHAPE YOU. So how do you kill a frog? Bit by bit.
C

Adanor, well said, it's dumbing down tv with utter drivel and when you think it can't get any worse,
out comes another celebrity this, celebrity that show, most of which i haven't a clue who they are.

It's a blessing that we have the chance to replay the likes of LOTSW and other classic tv sitcoms,
over the 'trash' that passes for entertainment today.

Gents I couldn't have said this better myself, I probably don't watch more than a couple of hours of TV a week and probably half of that is Roy Clarke reruns !

Where are the gentle comedies now? The only one is Still Open All Hours, it's okay but the BBC should've just stuck with LOTSW and I'm sure it would have slowly evolved with new characters and still be on today.

Regretfully, due to certain (so far as I know), unsubstantiated claims about Jimmy Edwards' private preferences, this is extremely unlikely ever to happen.

Its disgraceful and discriminatory whatever Jimmy Edwards was he still provided great entertainment on a number of shows and deserves a tribute , surely in these days of enlightenment even Auntie should recognise there has been a change in views and show one of his appearances as a fitting tribute.
W

and7barton said:
Regretfully, due to certain (so far as I know), unsubstantiated claims about Jimmy Edwards' private preferences, this is extremely unlikely ever to happen.
Click to expand...

I've no idea what that might be about, best I don't. I know he was working near enough up to his death.

I mentioned him because, at the time of his death, he wasn't that well known by younger people, yet had done a substantial amount in well loved shows and films, probably more famous than Juliette, yet no tribute. But if there was a darker side, then that would explain it.

Back in those days, Jimmy was involved in something that was frowned upon. I liked him and he made me laugh. I wish the powers that be would show some of the shows that featured the old favourites. Professor Jimmy Edwards, Terry Thomas, Tony Hancock, Eric Sykes and one guy in particular who I liked, Richard Wattis. There are many more. Robb Wilton was very funny with his dry humour. The list is endless. Better not go without mentioning Cheerful Charlie Chester. You must have a good idea from some of the favourites I have mentioned just how old I am. ........... "The day war broke out". Who said that?